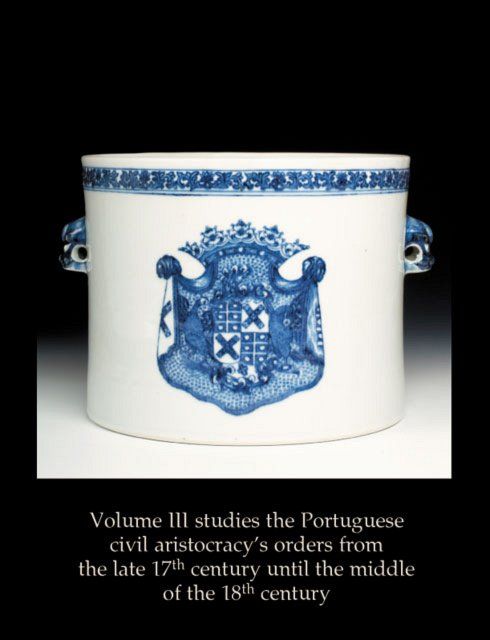 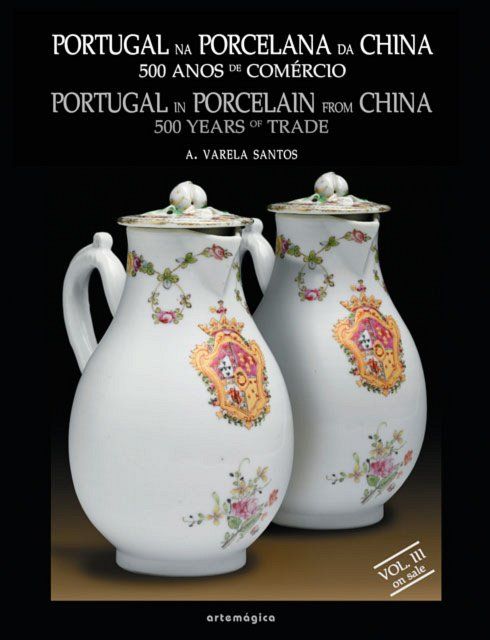 Portugal In Porcelain from China 500 Years Of Trade: Volume III

Volume III, with more than 280 pages and 150 illustrations, focus on the orders by the Portuguese aristocracy from late seventeenth century until mid-18th century, presenting also a summary of all the published information in the 20th century.

Each of the studied pieces is fully illustrated and accompanied by analyses of the armorials and western designs placed within the context of the Chinese repertoire of shapes and designs and annotated with the latest scholarship available by Dr. Lourenço Correia de Matos, Margaret Kaelin Gristina and A. Varela Santos.

The three informative essays by leading scholars (listed in the summary box) precede the catalogue and all represent important and incomparable contributions to the subject.

This is an important work for the library of any connoisseur, curators of museums or private collections, collectors, art historians, dealers and auctioneers in Chinese porcelain for the Portuguese market.

Volume III was published in December 2009