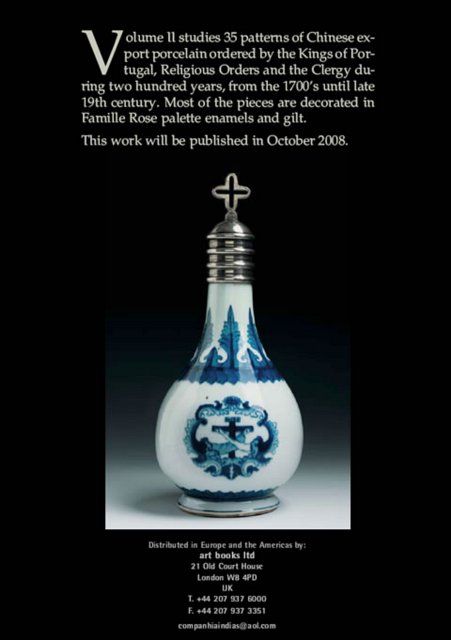 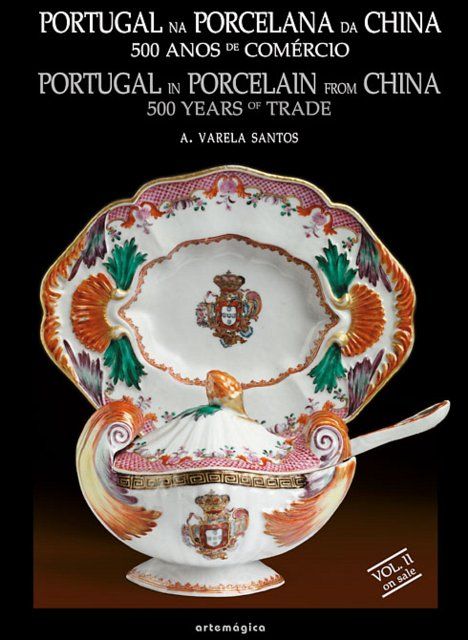 Portugal In Porcelain from China 500 Years Of Trade: Volume II

Portugal In Porcelain From China: 500 years of trade is a five volume comprehensive study of Chinese export porcelain ordered by the Portuguese market from 1520 until 1900. This bilingual work, written in Portuguese and English, reports on the history of Portuguese trade with China, with primary research on the people and institutions that commissioned the porcelains.

Portugal In Porcelain from China: 500 years of trade is the definitive source on this subject for the next generations.

Essays: Preface by J. VerÃ­ssimo SerrÃ£o; Carreira da Ãndia by B. GonÃ§alves Neves; The Crown and Military Orders in Portugal by Dom V. X. Teles da Gama; From private luxury to the public ostentation of wealth and power by S. Bessone; The Royal Galliots in the Maritime Museum by J. A. R. Pereira; Royal Â«Super-librosÂ» from the Braganza dynasty by A. Tavares de Carvalho; Ecclesiastical Heraldry on Chinese Porcelain Imported by the Portuguese by M. Metelo de Seixas; AntÃ³nio Vieira and his defence of the People of the Nation by C. Silva Tavares

Volume II was published in October 2008.